A mum who was given weeks to live after she shunned chemotherapy has stunned doctors by ‘treating her cancer’ – with illegal super strength cannabis and Manuka honey.
Susan Dhillon, 51, a mum-of-three, was diagnosed with inoperable stage four cancer of the mouth, nose and lower skull in June 2018.
Doctors said unless she had chemotherapy – and then incredibly risky facial surgery – her only option was end of life care.
But despite the tumours growing at a rate of 5% a month, she shunned the treatment.
She started taking a near-pure form of illegal cannabis tablets which her friend makes at home, by growing her own cannabis plants and using oil to make tablets.
Sue, a grandmother-of-one, then buys the drug from her friend at a cost price of around £16 a day.
After five months of taking a tablet a day, doctors were shocked to discover some of the tumours had disappeared, and others had stopped growing or shrunk altogether.
A letter from her ‘pleasantly surprised’ consultant confirms the regression and states: ‘I can only conclude that Mrs Dhillon appears to have gained significant benefit from the Manuka honey and Cannabis oil treatment’. 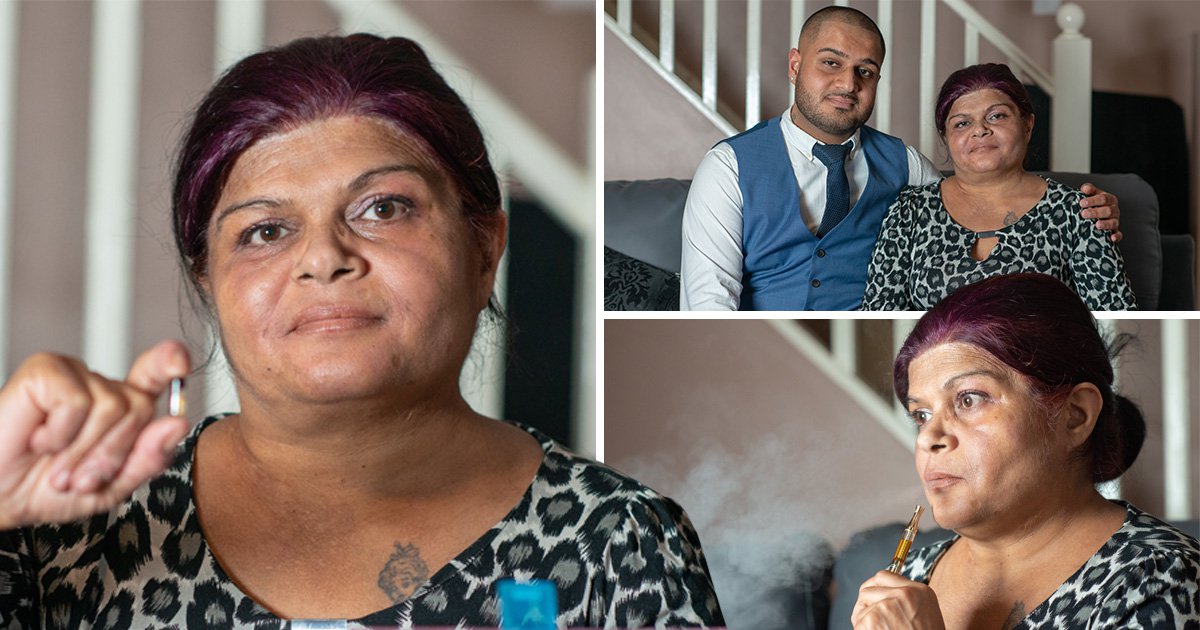